More than 400 delegates represented by dairy farmers, processors, industry bodies and service industry representatives echoed suggestions by industry leaders for the need to be more vocal and influential in addressing the need for structural change on the national dairy platform.

ADC President and Tasmanian dairy farmer Ben Geard said that there was an overwhelming sentiment and call for a more unified approach from all industry players at ADC 2019 in communicating the plight of our national dairy industry – and farmers.

“Dairy has certainly propelled itself into the national spotlight recently with the announcement of Woolworths $1.10 milk and discussions with Federal Government to find better policy solutions moving forward,” he said.

“There was an immense show of unity last week at ADC 2019 from processors and industry bodies and we are optimistic that we are on the cusp of significant change for the industry,” said Mr Geard.

“As an industry it is important that we capitalise on this momentum in order to drive significant change and deliver better outcomes for everyone involved”.

“The time to act is now. We have people exiting the industry due to the considerable pressures they are facing and others battling to stay above the line. Australian dairy farmers need to have confidence that the industry they are operating in is moving in the right direction under a united banner,” he said.

“At Conference, we had chiefs from Fonterra, Norco, Bega and Saputo publicly acknowledging the need for significant change and a willingness to work together to drive this change across the board,” said Mr Geard.

“There has never been a more monumental time to stick our hand up as an industry and have ourselves heard in what could ultimately be a game-changer for the industry”.

According to Mr Geard a positive step forward is the development of the ‘Australia Dairy Plan’ (announced December 2018) a collective vision of the Australian Dairy Industry Council, Australian Dairy Farmers, Australian Dairy Products Federation, Dairy Australia and the Gardiner Foundation, to formulate and define priorities for the industry for the next five years.

“Consultation for the ‘Australia Dairy Plan’ is expected to roll out in early 2019 and we are hopeful that this will be the key piece of the puzzle required to set the national dairy framework and tackle issues that truly matter to the industry,” said Mr Geard.

“The concept of a national dairy approach is to be applauded but ultimately will be judged on its ability to enact actual change. ADC looks forward to following progress of the Australia Dairy Plan and, along with our members, are keen to contribute to its development,” he said.

Mr Geard outlined the other critical aspect in the conversation for dairy moving forward is the perceived value of the price of milk.

“As identified by numerous speakers at ADC, until we as an industry can communicate and gain greater appreciation for the ‘real’ value of milk by consumers, the battle ahead is ominous”.

“We heard repeatedly at ADC 2019 about how consumers are prepared to pay more for a bottle of water, a can of soft drink and even toilet paper. Yet dairy is more of a constant in every day life – via nutrition in milk and milk products, cosmetics and pharmaceutical products – but doesn’t hold the value it should for its benefits and use”, he elaborated.

“Until we can communicate and express the value of dairy better to the consumer across the entire dairy spectrum then the likelihood of change is speuclative,” said Mr Geard.

“Agreement to work collectively and drive change is mandatory to the Australian dairy industry and its future. Let’s hope the willingness and sentiment garnered at present results in the ability by our dairy leaders to be bold and enact real change for the long-term,” he concluded. 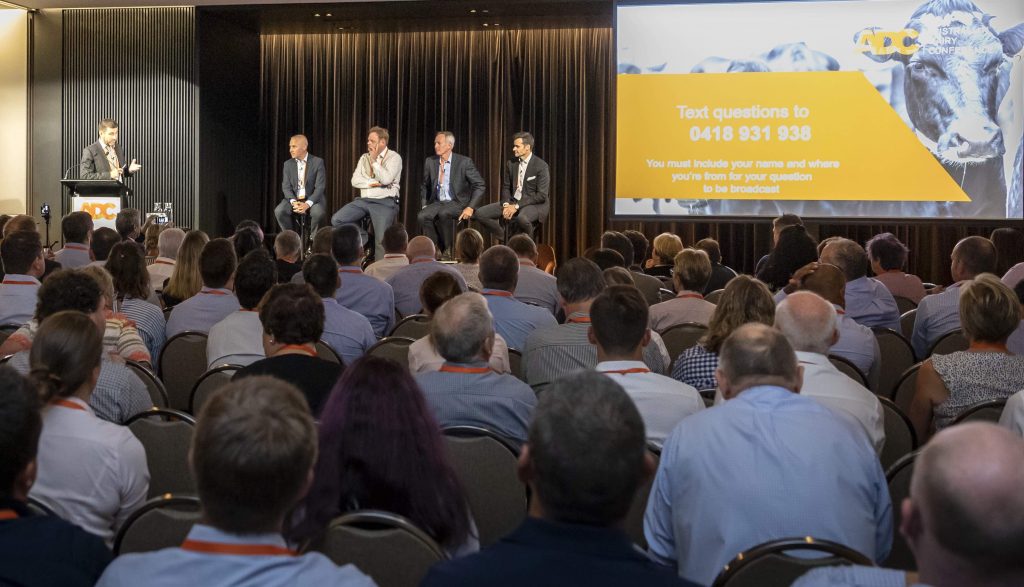