Delving deep into a cow buffet, investigating the use of ‘sea cheese’, preventing lameness, rearing young stock and bobby calf beef production were amongst the exploratory scientific discussions at ADC 2020. 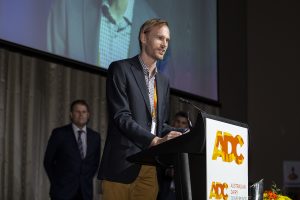 Australian’s brightest young emerging dairy scientists have put forth their latest research to a national contingent as part of the Young Dairy Scientist Award at the Australian Dairy Conference (ADC) in Melbourne.

Considered as an esteemed pathway for aspiring early-stage scientists, the Young Dairy Science Award sponsored by Boehringer Ingelheim, provides early-age scientists an environment to present, discuss and connect with leading dairy farmers and industry from around the country.

From a field of five finalists, John Gardenier from The University of Sydney was awarded the winner at the ADC Gala Dinner in Melbourne on Thursday 20 February after finalists had pitched their research findings to more than 500 delegates at ADC 2020 Melbourne.

Mr Gardenier presented a piece of work titled ‘How now lame cow – automatic lameness detection’ that looked at taking existing technologies and machine vision, such as used in an X Box, to track and scan the gait of cows to detect and monitor lameness. 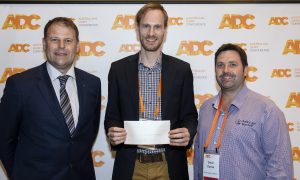 ADC Scientific Director and ‘Young Dairy Scientist Award’ Coordinator Richard Rawnsley said the Award has become a notable high-level tertiary competition for emerging researchers offering an opportunity to showcase their research at a broader industry level and to the ultimate end-users, dairy farmers.

“The Award is designed to nurture scientific excellence and the young scientists must convince fellow dairy farmers and scientists that their research is soundly based and has exciting implications for the future of the dairy industry,” he said.

“The travel bursary is a significant prize offering the young scientist the opportunity to attend leading forums and workshops around the globe with considerable advancements for their learning and knowledge acquisition,” Mr Rawnsley outlined.

“Funding to extend their field of study is particularly important for these emerging scientists and the bursary has had a definitive impact on the careers of previous winners of the Award,” he 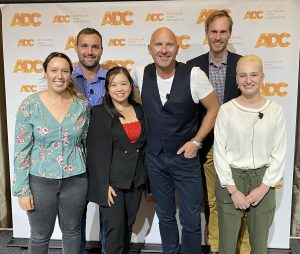 John completed a BSc and MSc in Aerospace Engineering in 2014 at Delft University of Technology, the Netherlands. After working in automation, robotics, and flight simulation, he commenced a PhD in 2016 at the Australian Centre for Field Robotics (ACFR) at The University of Sydney. John’s PhD thesis focussed on automatic lameness detection in dairy cattle using the latest advances in two of his key interests, machine vision and deep learning, in order to solve a real-world problem facing the dairy industry.