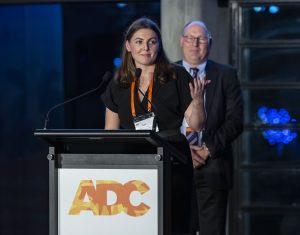 Australian’s brightest young emerging dairy scientists today presented their research to a national contingent as part of the Young Dairy Scientist Award at the Australian Dairy Conference (ADC) in Canberra.

Considered as an esteemed pathway for aspiring early-stage scientists, The Young Dairy Science Award sponsored by Boehringer Ingelheim, provides early-age scientists an environment to present, discuss and connect with pioneers and innovators of the national dairy industry.

From a field of six finalists, Caeli Richardsonfrom Latrobe University was awarded the winner at the ADC Gala Dinner at the National Arboretum after finalists had pitched their exploratory work to the 400 strong delegates at ADC 2019 earlier today.

Caelie Richardson presented a piece of work titled ‘Breeding Burpless Bovines’ that looked at the potential of cows burping less and how it could help save the environment and be more cost-efficient by reducing methane emissions. 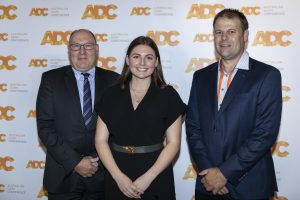 ADC Scientific Director and ‘Young Dairy Scientist Award’ Coordinator Richard Rawnsley said the Award provides a ‘competition with a difference’ for many young researchers with a focus on communication as a central part of the Award process.

“The Award is designed to nurture scientific excellence with communication prowess and the young scientists must convince fellow dairy farmers and scientists that their research is soundly based and has exciting implications for the future of the dairy industry,” he said.

“Finalists are judged on their communication skills, how well their research is presented including relevancy to the dairy industry and creativity in the display of research work,” Mr Rawnsley outlined.

Originally from the city, Caeli Richardson discovered her passion for the dairy industry while working on a 40-cow herd in Canada during her Bachelor’s and Master’s degree at the University of Guelph.  The focus of her research was on the economics of feed efficiency and environmental sustainability of the Canadian dairy industry. Caeli is excited for the opportunity to gain a new prospective of dairy farming as she is currently a PhD candidate at La Trobe University and Agriculture Victoria under the supervision of Dr. Jennie Pryce. Ms Richardson is currently investigating the opportunity to use new technologies to improve the reliabilities of challenging traits – starting with methane. Caeli is looking forward to her contribution to the Australian dairy industry in the following years to come.